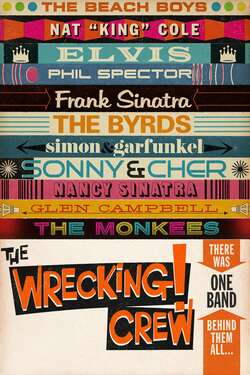 A celebration of the musical work of a group of session musicians known as "The Wrecking Crew", a band that provided back-up instrumentals to such legendary recording artists as Frank Sinatra, The Beach Boys and Bing Crosby.