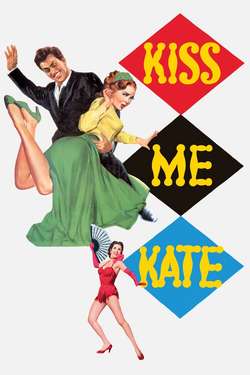 Fred and Lilly are a divorced pair of actors who are brought together by Cole Porter who has written a musical version of The Taming of the Shrew. Of course, the couple seem to act a great deal like the characters they play. A fight on the opening night threatens the production, as well as two thugs who have the mistaken idea that Fred owes their boss money and insist on staying next to him all night.