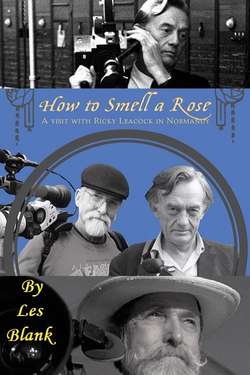 How To Smell A Rose: A Visit with Ricky Leacock at his Farm in Normandy

In the year 2000, Les Blank, along with co-filmmaker Gina Leibrecht, visited Richard Leacock (1921-2011) at his farm in Normandy, France and recorded conversations with him about his life, his work, and his other passion: cooking! With the flair of a seasoned raconteur, Leacock recounts key moments in his seventy years as a filmmaker and the innovations that he, D.A. Pennebaker, Albert Maysles and others invented that revolutionized documentary filmmaking, and explores the mystery of creativity. With the passing of both Blank and Leacock, the documentary is a moving insight into the lives of two seminal figures in the history of film.