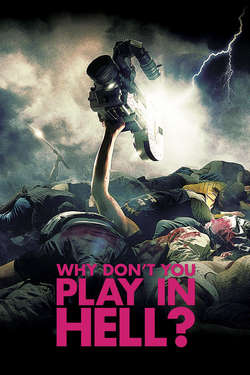 Why Don't You Play in Hell?

In Japan, gonzo filmmakers hatch a three-pronged plan to save an actress's career, end a yakuza war and make a hit movie.