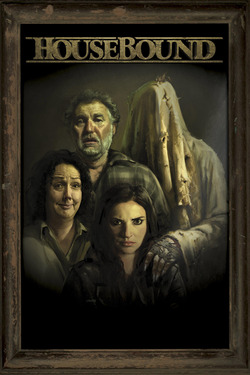 When Kylie Bucknell is sentenced to home detention, she's forced to come to terms with her unsociable behaviour, her blabbering mother and a hostile spirit who seems less than happy about the new living arrangement.