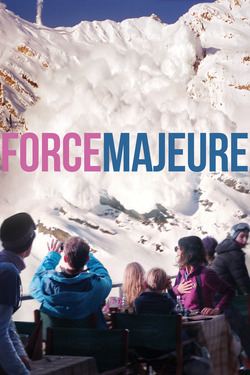 While holidaying in the French Alps, a Swedish family deals with acts of cowardliness as an avalanche breaks out.