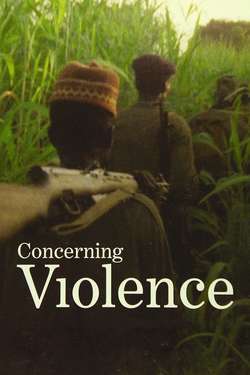 Concerning Violence is based on newly discovered, powerful archival material documenting the most daring moments in the struggle for liberation in the Third World, accompanied by classic text from The Wretched of the Earth by Frantz Fanon.