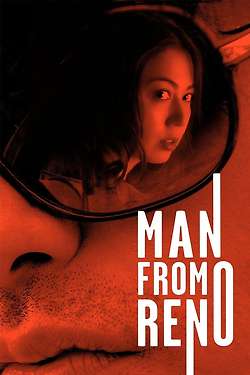 A stranger in the increasingly strange city of San Francisco, Japanese crime novelist Aki is unsure of precisely what role she has to play in a real-life murder mystery involving ambiguous MacGuffins and amorphous identities. Unfolding in lonely places such as bookshops and hotel bars, Dave Boyle's moody thriller uncovers exhilarating new takes on genre conventions. Consequently, it's an alluring l'homme fatal who supplies Aki with the breadcrumb trail of clues that entices her into a labyrinthine plot of sinister dealings. In turn, the aging sheriff (veteran character actor Pepe Serna, fantastic in a rare leading role), who should rightfully be riding to her rescue, proves to be equally out of his depth. The game is afoot, the chase is exhilarating and the stakes are perilously high in this inspired neo-noir.