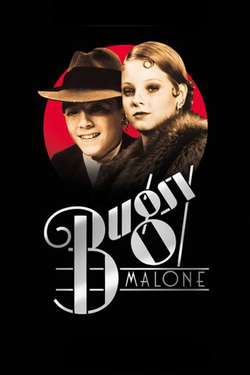 A pint-sized cast illuminates this musical that is unlike any other ever made. Set in 1929 New York City, Bugsy Malone captures a flashy world of would-be hoodlums, showgirls, and dreamers - all played by child actors! As Tallulah, the sassy girlfriend of the owner of Fat Sam's Grand Slam Speakeasy, future superstar Jodie Foster dances and sings her way into our hearts.