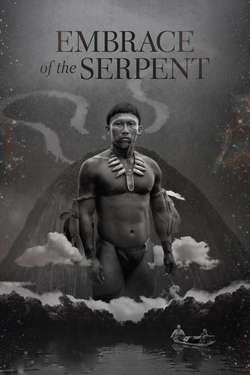 Embrace of the Serpent

The epic story of the first contact, encounter, approach, betrayal and, eventually, life-transcending friendship, between Karamakate, an Amazonian shaman, last survivor of his people, and two scientists that, over the course of 40 years, travel through the Amazon in search of a sacred plant that can heal them. Inspired by the journals of the first explorers of the Colombian Amazon, Theodor Koch-Grunberg and Richard Evans Schultes.