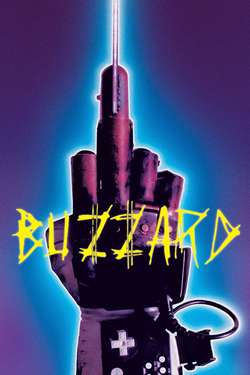 Paranoia forces small-time scam artist Marty to flee his hometown and hide out in a dangerous Detroit. With nothing but a pocket full of bogus checks, his Power Glove, and a bad temper, the horror metal slacker lashes out.