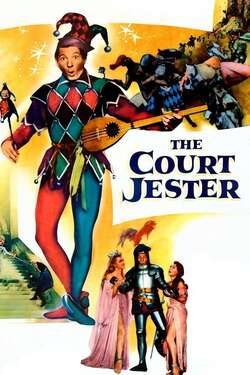 A hapless carnival performer masquerades as the court jester as part of a plot against an usurper who has overthrown the rightful king of England.