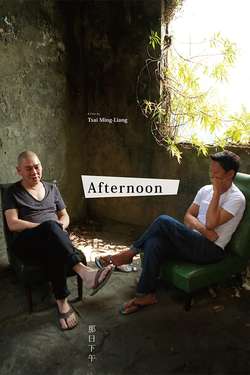 Lush jungle and a building in ruins are the ideal stage for a film-confession that defies storytelling and goes beyond conversation on cinema. Tsai Ming-Liang and his actor Lee Kang-sheng confess and put on stage a pièce in which attention and slowness are in tune with the rhythm of memory. The unveiling of Tsai Ming-liang’s filmmaking: from Stray Dogs to the most intimate notes of the director-actor relationship.