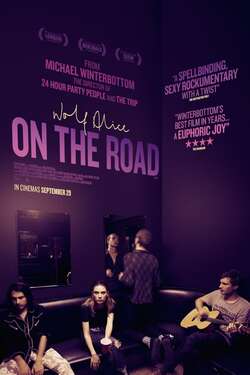 North London band Wolf Alice have had a rise to prominence that might have been bends-inducing were it not for their tightness as a group. In summer of 2015, the deliciously dark, hook-and-riff-filled sound of their debut album, My Love Is Cool, inspired the NME to crown it: "the debut of the decade". As a measure of their impact, BAFTA-winning filmmaker Michael Winterbottom joined the band on the road, capturing 16 different gigs and daily life backstage.