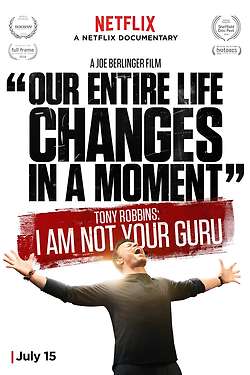 Tony Robbins: I Am Not Your Guru

Granted unprecedented access, Berlinger captures renowned life and business strategist Tony Robbins behind the scenes of his mega seminar Date with Destiny, pulling back the curtain on this life-altering and controversial event, the zealous participants and the man himself.