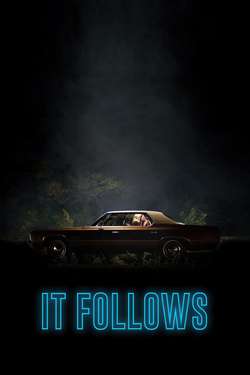 For 19-year-old Jay, fall should be about school, boys and weekends out at the lake. But a seemingly innocent physical encounter turns sour and gives her the inescapable sense that someone, or something, is following her. Faced with this burden, Jay and her teenage friends must find a way to escape the horror that seems to be only a few steps behind.