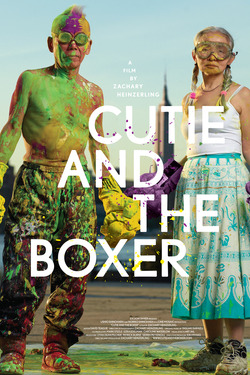 Cutie and the Boxer

This candid New York love story explores the chaotic 40-year marriage of famed boxing painter Ushio Shinohara and his wife, Noriko. Anxious to shed her role as her overbearing husband's assistant, Noriko finds an identity of her own.