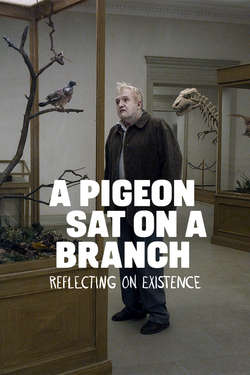 A Pigeon Sat on a Branch Reflecting on Existence

An absurdist, surrealistic and shocking pitch-black comedy, which moves freely from nightmare to fantasy to hilariously deadpan humour as it muses on man’s perpetual inhumanity to man.