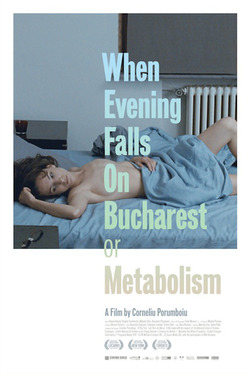 When Evening Falls on Bucharest or Metabolism

A director with two weeks left on his latest production fakes an ulcer to pursue a romance with his lead actress.